Meet the New Neighborhood of Budapest, 'The South Gate' !

At the end of the year, it's always a pleasure to hear great news about what's coming in the future - so if you are enthusiastic about the city of Budapest, we've got some news to tell you! A few days ago the master plans for a brand new urban area project came out, which is going to be one of the most modern part of Budapest - see what it includes!

The new neighborhood is called 'South Gate' (in hungarian, Déli Városkapu), and its aim is to modernize a bit idle, dull part of the Southern area of the city, that is embraced by River Danube, Rákóczi Bridge, Könyves Kálmán Road (tram line 1), Soroksári Road and Weiss Manfréd Road. It contains the upper part of Csepel and some parts from the Western side of District IX, Ferencváros. And under the term  "modernization", the Oslo-based international architect company, that won the competition, means remaking the whole area ​​​​​​to be one of the most contemporary corner of the city - and let's be honest, it sounds like something worth the anticipation! See exactly why!

What will we find in The South Gate?

One key plan in the whole project is the establishment of a so-called "student city" with more than 12.000 accomodation for mainly university students in dorms and apartments.
As an other significant element of the South Gate, an athletics stadium with a capacity of 15.000 spectators is going to be built in a really interesting way, reaching out from the mainland, running alongside River Danube. According to plans, the Athletics World Championship is going to be held in this facility - beside many other major sport events.
In addition to all these, other sporting and relaxing opportunities are going to get some place, as well as new office building, and of course, new apartments, new flats, and new homes.

One more thing we should emphasize about the project: its design. The competition-winning creators presented a visualization of how they imagined the South Gate: along with the modern building and the significant amount of green area, the architects also played a bit with water and land, so that, we can welcome tiny island between Island of Csepel and the Pest-side riverbank.

Would like to hear more about upcoming developements in Budapest? Click here to read our article about it! 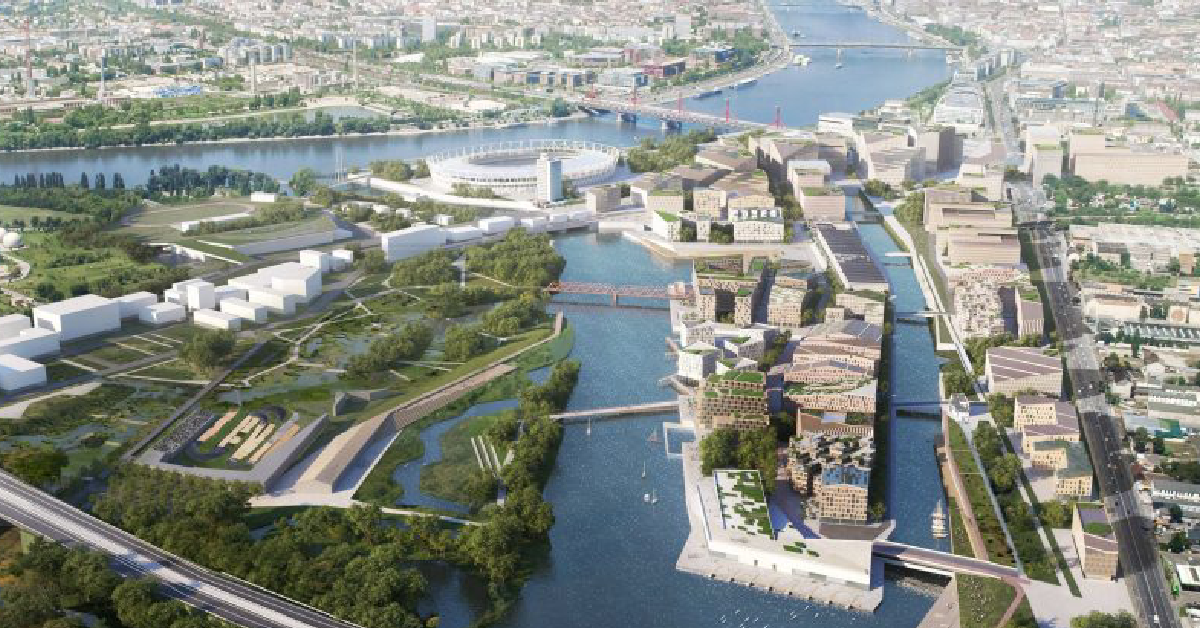 How will it influence the developement of the city?

The organizers of the competition are expecting the developement of public transportation in the Southern area. Several bus lines and a HÉV line (agglomeration transportation) can already lead travelers to the inner parts of the city - however, these are a bit under-appreciated: Csepel seems to be an outside area, but from the last station of HÉV, it only takes half an hour to reach Deák Square, which is considered as the heart of the city. This shows that the current infrastructure would be a fine starting point, and if the program will be succesful, it would worth it to expand it even more.

The situation is similar in case of cars. On average, it would take about 10 minutes to reach the formerly mentioned Deák square from the center of Csepel. It is calculated without traffic jams, but good news is, that the Galvani bridge project will come to life with the South Gate project as well, which means that the new bridges connecting Buda, Csepel, and Pest, are likely to distract the traffic from the main bridges.

Beside South Gate, an other grandiose developement project is already taking place nearby: the modernization of "Kopaszi-gát" (Kopaszi Dam). The dam itself have been already transformed into a cozy public green territory with the vibes of a beach among a coast. Behind this place, we can find the BudaPart under construction - it's going to be a huge and modern block of several office buildings and apartments, with many parks, fitting the atmosphere of the surrounding dam.
The Kopaszi Dam could be found on the Buda-side riverbank, it's Buda's nearest point to Northern Csepel, so after all these projects are over, we could expect this formerly idle part of the city to be one of the most contemporary parts of Budapest.

Would like to get to know more about Budapest? Click here to read our articles about living in Budapest! 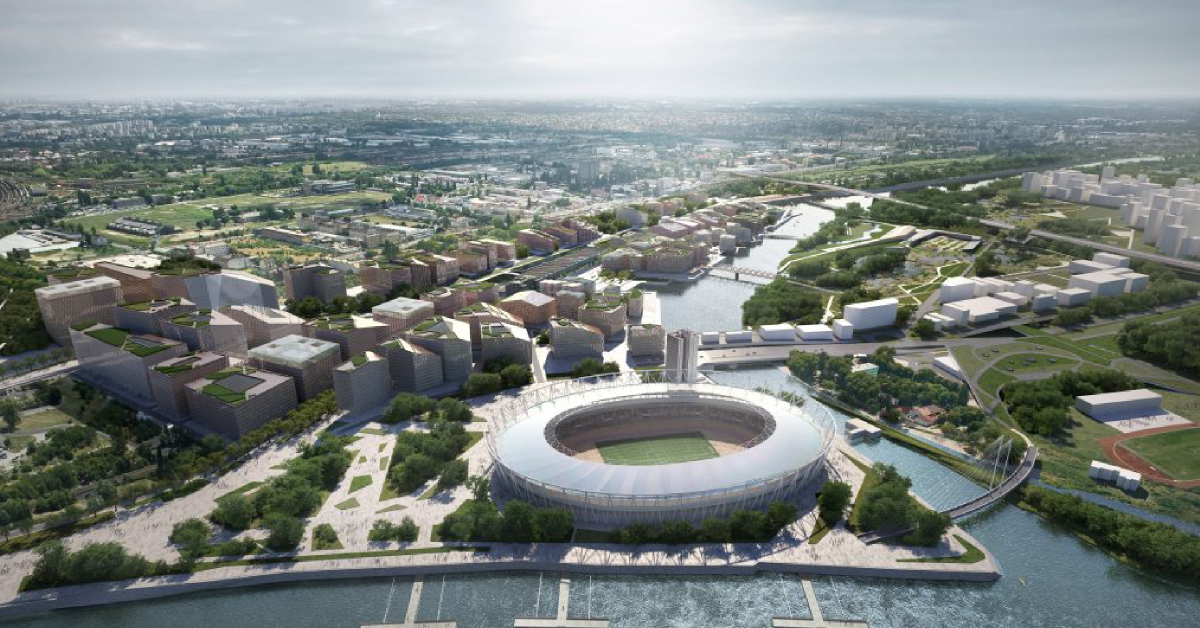 If you are looking for a new place to reside in Budapest, don't hesitate to contact our colleagues.