Budapest is evolving from day to day - if You wander around the city in no matter what district, You will, for sure, find plenty of construction sites, house complexes under renovation, or some freshly dug pits for future buildings. But where are we exactly going to, and what will the city look like after all these projects? Let's see what's coming for Budapest in the upcoming years!


Today, the teritory of Kopaszi gát (Kopaszi Dam) looks like a fine mini beach close to the surface of the river, with extremely huge amount of green area, tropical-like plantation, and with bars and restaurants lining up in wooden houses one after an other. But if we look literally just a little bit further, what we are seeing are huge grey blocks and pillars emerging towards the sky.

This brand new teritory has the name "Budapart", located near the river bank, right behind Kopaszi gát, and will feautre mainly office complexes along with some modern hotels catering facilities.

The most contraversary part of this project is the 120 meters tall MOL headquarters office, which, according to its critics, will spoil the monumental and traditional image of the city, since it is going to be visible even if we only want to wonder at Gellért-hill. 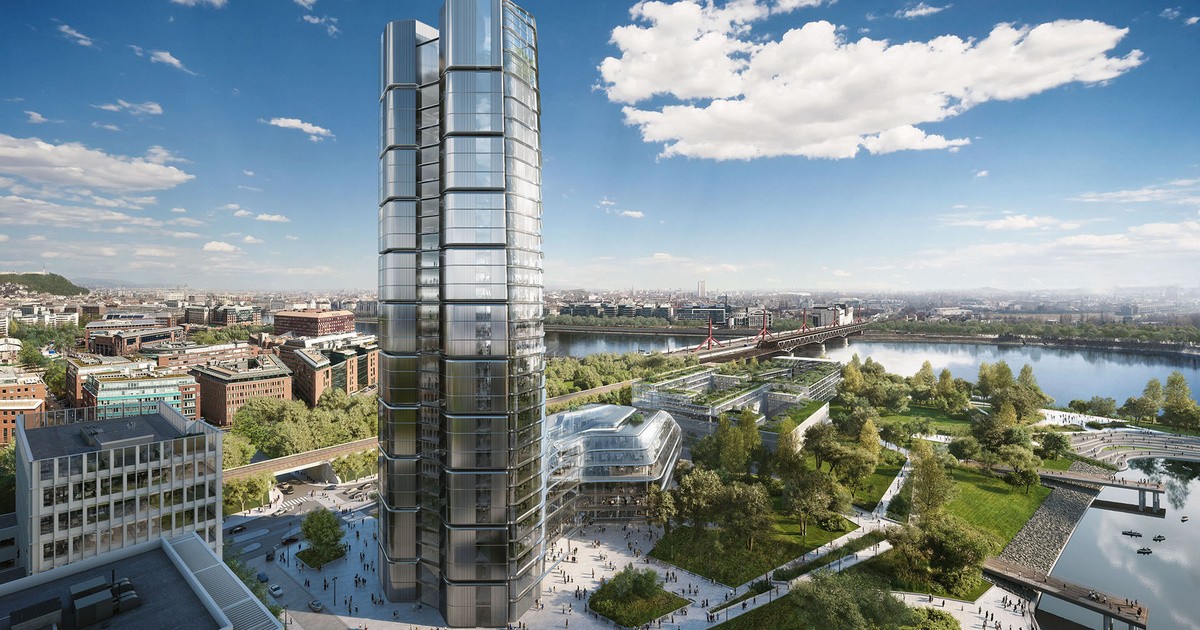 The concept of the "Southern Gate" was released at the end of last year - it's one of the newest conceptions. When the news came out about the complete re-thinking of Inner-Ferencváros (Distrcit IX) and the Northern part of the Island of Csepel, we published a separate article on our blog especially themed on this project - You can read it by clicking here.

But to sum up things, overall, we can say that the totally abandoned and dull Northern part of Csepel is too close to the heart of the city to not to make use of this idle teritory. The river bank side of Ferencváros (after we passed the huge, modern office buildings, MÜPA and the theater), have also seen better days. The connection and the joint renovation of these two areas would basically result in an enlarged downtown with great infrastructure.

The plans of Southern Gate include a large Athletics Arena, a bridge between the river bank side of Ferencváros and Csepel, and several office building, dormatories, and new apartments as well.

Undoubtfully the most controversary ongoing development project in Budapest at the moment. There has already been several demostrations against the reconstruction of one of the largest green areas of the city, and civil group called "Ligetvédők" (could be translated as "Park Protectors") are constantly trying to withold the destruction of the plantation, and preserving as much green teritory from the park as possible.

But what is exactly planned to happen in Városliget? Some of the institutions and facilities that are being constructed in the park right now:


Taking a ride through the long-long Váci Road, what we could see is: 50% modern office buildings and office parks, 50% idle, run-down buildings which purpose is unknown for us. So, what will change? The latter fifty percent will be reduced, and the earlier one will increase. Even more contemporary, high-class buildings and future workplaces will emerge from the ground instead of the old facilities. This proccess works along pretty effectively together with the reconstruction of metro line M3, which Northern line (that passes Váci Road) has been already finished.

The teritory behind Westend mall will also be redefined a bit - a place named Gránit Pólus (Granite Pole) is designed to be born there instead of the currently idle parts. This new complex will serve recreational aims mainly, but will also include some new apartments, residences and offices.

Unfortunately, the 8th district of Budapest has never been a neighbourhood with the best reputation. Even though significant changes and modernization took place in the area, most people still associate it with mostly negative words. The construction of metro line M4 through several places of the district (Keleti Railway Station, II. János Pál Pápa square, Rákóczi square) boosted the inner areas of the district almost to the top quality parts of downtown. Also, Corvin District (in the vicinity of Corvin Mall and Corvin M3 stop) became one of the most favored residential areas of the whole city with real premium homes - even though the whole construction project is not even fully finished yet. There's no wonder that together with the fountains, the green areas, the picturesque paving, the amazingly modern houses and the closeness of the shopping mall made it an adored place to live just as for families as for students, foreigners, young adults.

Unfortunately, parts of District VIII that are not in the center, did not favore too much from these improvements. Magdolna and Orczy
Neighbourhood is just a few steps away from the formerly mentioned modernized areas, still You can simply feel the difference. Good news is, there are plans to reconstruct the heart of this district, Orczy Square, which is, even today a significant center in transportation with several bus, trolley, and tram lines.

A little bit closer to the heart of Budapest, Blaha Lujza square is even more significant junction - probably, one of the most important one in the city. But the image of the whole place, unfortunately does not represent it effectively - it is really run-down compared to how crucial point of the city it is. In the new concepts, the whole square will be redesigned: the underpass will be fully renovated, the Corvin shopping center - which has a huge role in defining the outlook of the place - will get a new facade, the ground parking lots will be eredicated and replaced with plants and trees, just like some of the unnecesarily concrete-covered parts of the square.


The diversity of Budapest is fascinating - while there are several districts that will be improved a lot in the future, At Home Budapest guarantees only the very best of the city with our luxury real estate portfolio.
Take a look on At Home's real estates!